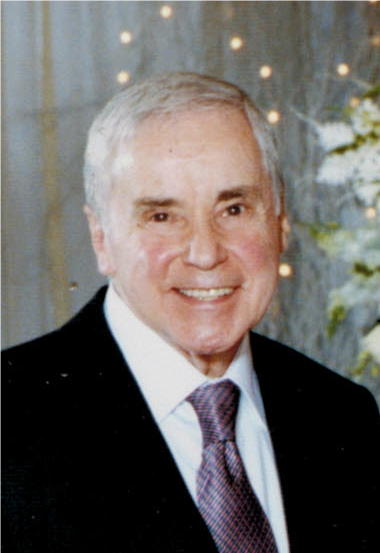 Ernst Heilbrunn formerly of Ridgefield, Franklin Lakes, and Lawrenceville, NJ, passed away in Florida on Wednesday, June 23 at the age of 86.  He was born in Germany and, at the age of 4, moved with his family to Washington Heights, New York.  After graduating from Brooklyn Tech High School, he attended City College of New York earning a degree in Engineering and embarking on his first career with Kearfott in Little Falls, NJ.  He served with the Army National Guard 102B Engineering Battalion 42 Infantry Division.  He was most proud of his highest educational achievement obtaining a degree from Columbia University Medical School.  He enjoyed a lengthy career at the Valley Hospital in Ridgewood, NJ, from which he retired after 36 years of service.  He was a member of the American Society of Anesthesiologists and a Charter Member of the US Holocaust Memorial Museum.  During leisure time, Ernie appreciated food, wine, museums, Broadway shows and travel.

Ernie is survived by his daughters Cheryl (husband John Zanone) and Diana (husband Jeff Teitel) along with grandchildren Greg, Sarah, Sam, Brian, Robert, and Michelle.  He is also survived by the mother of his children, Sandra Lewis, and his lifelong friend, Robert Florsheim.

Memorial donations may be made to the Class of 1967 50th Anniversary Scholarship Fund either online to https://medicine.givenow.columbia.edu/?alloc=33314# (in the comment section the donor can include ‘in memory of Ernst Heilbrunn, MD) or mailed to Class of 1967 50th Anniversary Scholarship Fund, Columbia University, Office of Development, 516 West 168th St., 3rd Fl, New York, NY 10032.

Private Service for Family Only