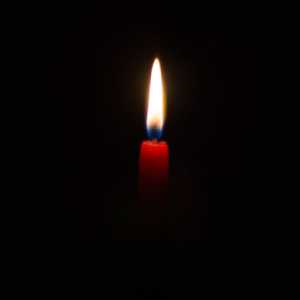 Gloria (nee Fox) Teitelbaum Moskowitz, 89, of Mahwah, NJ, beloved mother, grandmother, great-grandmother, friend and family matriarch, died Friday, October 22, 2021, following a very brief illness. She was born and raised in the Bronx where she met and married the first love of her life, Harold Teitelbaum. They moved to Teaneck in 1966 where they raised their 3 children until the sudden passing of Harold in 1976 after 23 years of marriage.  In 1984, Gloria married Murray Moskowitz and quickly integrated his family with hers. They were married for 24 years until his death in 2008.

Gloria worked at home for many years typing medical records. In 1977, she began working for Plantex USA as assistant to the President and in that role was instrumental in opening up the U.S. market for the Israeli company, Teva Pharmaceuticals. She concluded her career as an administrative assistant in the Bergen County Technical Schools District, where as President of the Secretary’s Association she negotiated with management for better benefits and job security for her members.  After retiring, she volunteered at the Gerrard Berman Day School where she first met and became friends with Rabbi Ellen Bernhardt, who is leading the memorial service. Gloria’s greatest love was family vacations which were made even more memorable by her expert photography and beautifully written trip reports.

Prior to her move to Mahwah, she was a long time member of the Teaneck Jewish Community Center where she would often perform as a member of the “ensemble” in their annual shows.

Shiva Minyan will be each evening at 7:30pm.

Memorial Donations in memory of Gloria J. Moskowitz may be made to the Susan G. Komen Breast Cancer Foundation, www.komen.org, or the Hydrocephalus Association, www.hydroassoc.org

While we wish to give Gloria the beautiful loving sendoff she deserves we also recognize that many of her friends and family will not be able to attend in person. We have therefore arranged for the funeral service to be live streamed, click here.