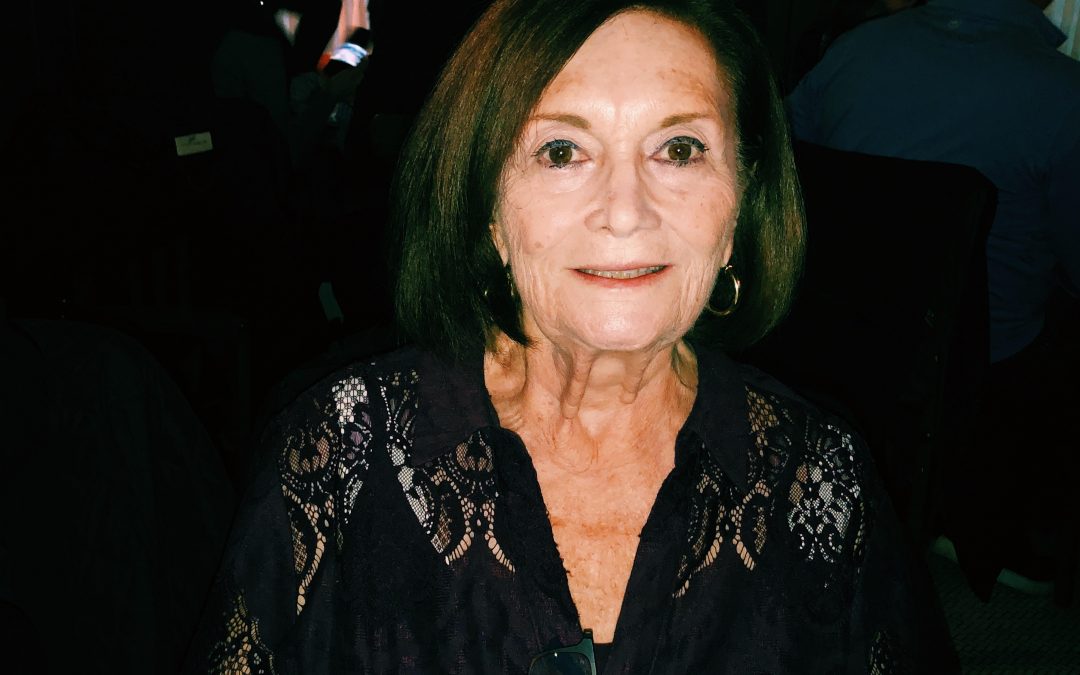 Joyce Lembo, AKA Lady J, a native New Yorker who resided in Ridgewood, NJ with her daughter’s family in recent years passed away peacefully on Saturday, November 6, 2021 with her daughter at her side after a valiant battle with cancer.

Born in Brooklyn, NY on April 11, 1940, Lady J lived her life to the fullest.  She moved to Stony Brook, NY in 1968 where she and her husband, Andy, raised their three children Craig, Loren and Richard.  Joyce was always actively involved in the community and the PTA.  She was one of the founding members of a Long Island chapter of the American Cancer Society for which she later received an honor commemorating her contributions.  In 1994, Joyce moved to Manhattan where, together with her dear and fun-loving friends, she enjoyed many late nights singing at the piano bar at Mimi’s or singing along with the performers at The Duplex.  There was not a hot spot in Manhattan that Joyce hadn’t frequented.  Eventually, Joyce moved to Astoria, Queens, and has spent the past few years residing in Ridgewood, NJ.

Lady J was a Jane-of-all-trades. During her teenage years she was a long distance telephone operator and later a receptionist for Collier Photo Engraving in Manhattan.  When she moved to Stony Brook, she worked as a sales representative for A&S, traveling to all of the store’s east coast locations managing its pop-up sale spaces for seasonal and novelty gift items.  After leaving A&S, she became an entrepreneur and started several businesses with friends over the years, including buying and selling antiques and jewelry, creating a sand terrarium business in which her husband and business partner created the terrariums and she and her business partner sold them, decorating belts, jeans and other items with studs and selling them, and the list goes on.  She later became interested in skin care and earned certifications in Aromatherapy and Essential Oil Treatments, Manicuring and Apparative Cosmetics, which eventually lead to her opening Slender You, a toning and fitness center for women in Massapequa, NY.  Joyce was also a successful real estate broker for Realty 500 in Smithtown, NY for several years and an account & sales representative for a media/advertising company, The WLF Company, in Melville, NY where she conducted marketing and business development.

When Joyce moved to Manhattan, she worked as a sales specialist for the designer Dana Buchman at the Macy’s 34th street location for four years.  Thereafter, she was a sales manager for Brownstone Publishers and then the Vendome Group from 1998 until she retired, where she managed a sales team that sold legal newsletters and ancillary products.  During this time her colleagues and dear friends coined the nickname “Lady J.”

After retiring, Lady J learned to play bridge and resumed playing mahjong, a game she enjoyed playing with friends in her youth.  She was an avid reader and movie goer and developed a love for cooking.  Her greatest joy since she retired has been spending time with friends and family, especially her grandchildren.  Even in her later years, Joyce never missed a party and always brought the fire to the dance floor, creating endless memories for family and friends.

Lady J has been an inspiration to all who have known her.  She has often said, “Don’t mourn me when I go.  Celebrate my life because I had the best life and always had the BEST TIME!”  That she did!

Joyce is survived by her children, Loren Lembo Mularz (Paul Mularz) and Richard Lembo (Nancy Spania Lembo) and her six grandchildren, Andrew, Daniel and Manon Mularz and Nicholas, Christopher and Jonathan Lembo.  The family will receive relatives and friends on Saturday, November 13 at 11 am followed by a memorial service/celebration of life at noon at Louis Suburban Chapel, 13-01 Broadway, Fairlawn, NJ 07410.  A lunch for family and friends to follow at Indian Trails Club, 830 Franklin Lake Road, Franklin Lakes NJ 07417.  In lieu of flowers, donations can be made In Memory Of Joyce Lembo to Memorial Sloan Kettering Cancer Center: http://mskcc.convio.net/goto/JoyceLembo or via check, made payable to…..

Please ensure the memo line of the check reads: “In memory of Joyce Lembo”