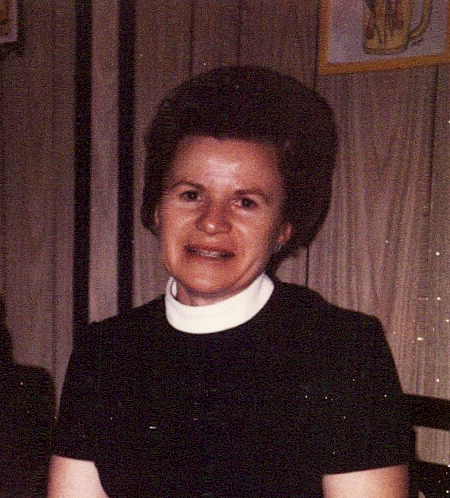 Marilyn M. Rogers (nee Ratner), a “woman of valour” who gave her heart to taking care of others, died of natural causes on October 17th in Wayne, NJ.

Born in 1926 in Philadelphia to Mollie (Katlin) Ratner and Samuel Ratner, Marilyn moved with her family to Boston, where, at the age of fifteen, she met the love of her life, Marvin, whom she married when she was nineteen. Marilyn and Marvin were married for almost 75 years.

Since 1966 Marilyn lived in Wayne, where she devoted herself to her family.  At every turn, she taught and modeled inclusivity, compassion, and kindness.

Inspired by her younger son, Glenn, who had Williams syndrome, Marilyn graduated from Bloomfield College, while raising three children and caring for her mother.  She went on to teach preschool at the Association for Retarded Children, working tirelessly to help children with disabilities. Noted for volunteering, she produced and edited The Spectrum for Living Cookbook to raise money for the Foundation.  She always said that Glenn made us all more sensitive.  And he did.

Marilyn is survived by her devoted husband, Marvin, her children, Deborah Rogers and her husband, Howard Segal; Michael Rogers and his wife, Judith (Harraka) Rogers; her grandchildren, Jesse, Sam, and Matthew Rogers and Rick and Raechel Segal, and nieces and nephews Debbie and Wayne Branco, and Helene and Howard Rogers.

Marilyn’s heart was broken by the death of her son Glenn. She was also predeceased by her mother, Mollie Ratner Leff, her father, Samuel Ratner, and her siblings, Barbara, Sandy, and Howard.

“A woman of valour who can find?  For her price is far above rubies.”  May her memory be for a blessing.