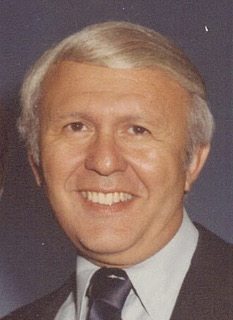 Marvin A. Rogers died of natural causes and a broken heart on February 22, 2021. Born in 1927 in Boston to William and Rae Rogers, he met Marilyn, the love of his life, at the age of fifteen and married her four years later. Together for eighty years and married for seventy-five of them, they couldn’t live without each other.  Marilyn died in October, and Marvin followed her three months later.

To fight for his country during World War II, Marvin enlisted in the Navy at the age of seventeen.  Pursuing education, one of his highest values, he received his BA and MA degrees from Northeastern University and Boston University.

Marvin worked in many capacities in the pharmaceutical industry. He started his career as a pharmaceutical representative at Lederle Laboratories and held executive positions at Smith, Miller, Patch and Hoffmann La-Roche before becoming Director of International Sales and Training at American Cyanamid.

Since 1966 Marvin and Marilyn lived in Wayne, NJ, where they devoted themselves to their family. A champion of the downtrodden, he taught for Literacy Volunteers, and he had earlier taught for the Massachusetts Prison System.

Marvin was a mensch.   Inspired by his younger son, Glenn, who had Williams syndrome, he volunteered at The Daughters of Miriam Sheltered Workshop and at Spectrum for Living. Marvin and Marilyn always ensured that Glenn made us all more sensitive, compassionate, and kind.

Marvin is survived by his children, Deborah Rogers, Michael Rogers and his wife, Judith (Harraka) Rogers; his grandchildren, Jesse, Sam, and Matthew Rogers and Rick and Raechel Segal, and nieces and nephews Debbie and Wayne Branco and Helene and Howard Rogers.

Marvin was predeceased by his younger son, Glenn, by his parents, William and Rae Rogers, by his siblings and their spouses, Myer and Olga Rogers and Harry and Bernice (Rogers) Masters, by his niece, Marcia Masters, and by his son-in-law, Howard Segal.

May his memory be a blessing.

In lieu of flowers, contributions may be made to Shomrei Torah, 30 Hinchman Ave., Wayne, NJ 07470