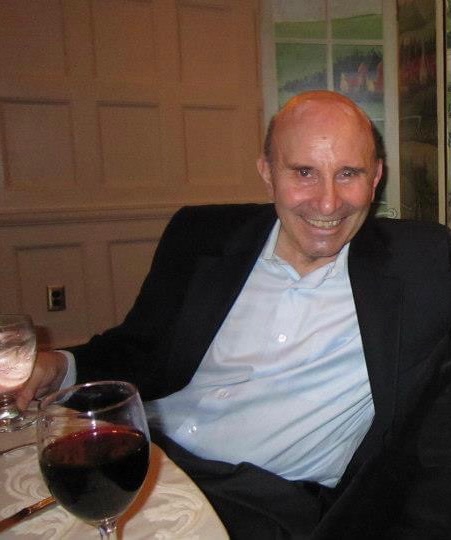 Michael A. Kahn, 78, of Secaucus NJ, passed away Thursday morning surrounded by members of his immediate family after a long battle with Parkinson’s Disease. Michael was the youngest of four children born to the late Max and Anna Kahn of Brooklyn, NY.  His childhood was molded by his tightknit family, especially the bond he had with his older sister Jean, aka “Jeannie,” and older brother Sam, who were like second parents to him. Brother Lee taught him how to play folk songs on the guitar, a gift that Michael enjoyed for the rest of his life. A Brooklynite through and through, Michael graduated from Brooklyn College and, later, St. John’s law school. He married his beloved wife Sharon in 1981 and they were able to celebrate their 40th wedding anniversary earlier this year over (take out) Indian food and chocolate cake. Those who knew him know about Michael’s devotion to the Brooklyn Dodgers (later transferred to an optimistic embrace of the Mets). He was an avid Scrabble player, and loved running marathons, strawberry shortcake, Jeopardy, NPR and singing at the top of his lungs. He loved to travel, and Michael and Sharon looked forward to a ski vacation nearly every year. But what everyone will remember most about Michael is his love for his family.  He was always happiest when surrounded by his children and grandchildren, and always eager to be involved in their lives. Michael was diagnosed with Parkinson’s Disease at the age of 50 and fought his long, hard battle with the disease over the next 28 years without complaint (often telling his doctors he felt better than he really did!). Though it devastated Michael’s body, Parkinson’s did little to dampen his spirit and could not destroy his passion for life, especially when it came to enjoying the finer things in life –
namely, dessert. Michael is survived by his loving wife, Sharon Kahn, also of Secaucus NJ, his children: Matthew Kahn and his wife, Carrie, of Chesterfield, MO; Greg Kahn and his wife, Sandra, of Montclair, NJ; and Stacey Ziznewski and her husband, Gary, of Verona NJ.  He is also survived by six grandchildren who truly lit up his world: Alexa, Becca, Rafa and Abby Kahn, and Dylan and Charlotte Ziznewski. A small outdoor service will be held on Sunday, March 21, 11 a.m., at Forest Lawn Memorial Gardens/Mount Lebanon Cemetery; a celebration of his life will follow in Montclair. The family requests those who wish to honor Michael&#39;s memory consider making a donation to The Michael J. Fox Foundation in his name. (https://tribute.michaeljfox.org/tribute-page.php?id=1911)